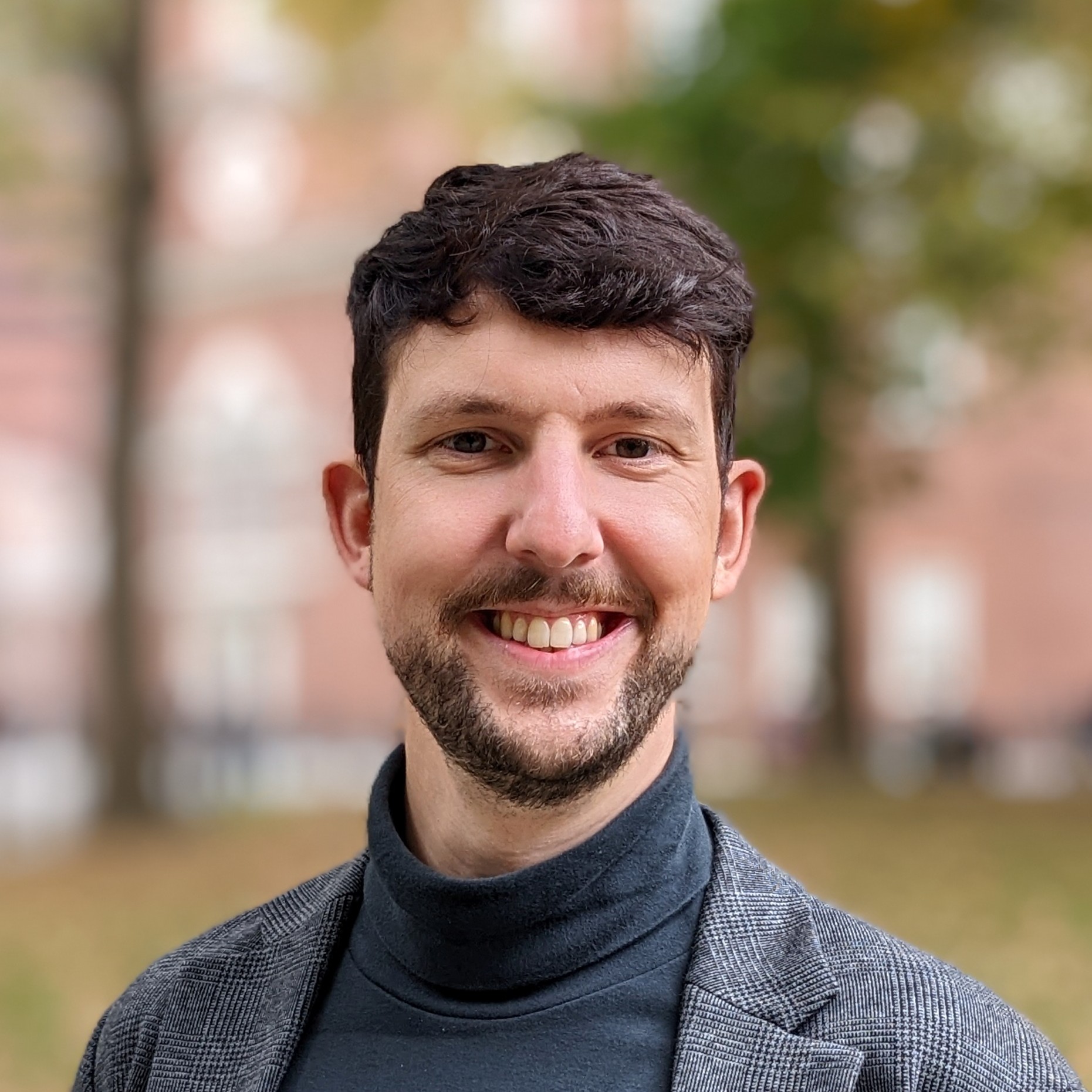 I study how social relationships shape support for social change in advantaged and disadvantaged groups. For example, I conducted a preregistered meta-analysis to evaluate the evidence that, as some have argued, contact with the advantaged undermines awareness of, and opposition to, social injustice among the disadvantaged (Reimer & Sengupta, 2021).

I study whether intergroup contact changes not only how we see others, but also how we see ourselves. In my thesis, I examined, for example, whether contact with sexual and gender minorities fosters more continuous and fluid conceptions of sexuality and gender. I found evidence that contact with caste and religious outgroups fosters more inclusive national identities which, in turn, are associated with more positive intergroup relations (Reimer et al., 2020).

I evaluate whether large-scale contact-based interventions can improve intergroup relations (Reimer et al., 2021, in press). For example, I used data from a quasi-experimental study—which, over five years, followed Catholic and Protestant students (N = 6,177) who either did or did not share classes with students from the other community—to show that shared classes have the potential to improve intergroup relations in Northern Ireland.

I study double standards in judging collective action—in other words, whether where people draw the line between acceptable and unacceptable means of protest depends on who the protesters are and what they are protesting. I also examine defensive responding to being confronted with one’s role in maintaining social injustice. 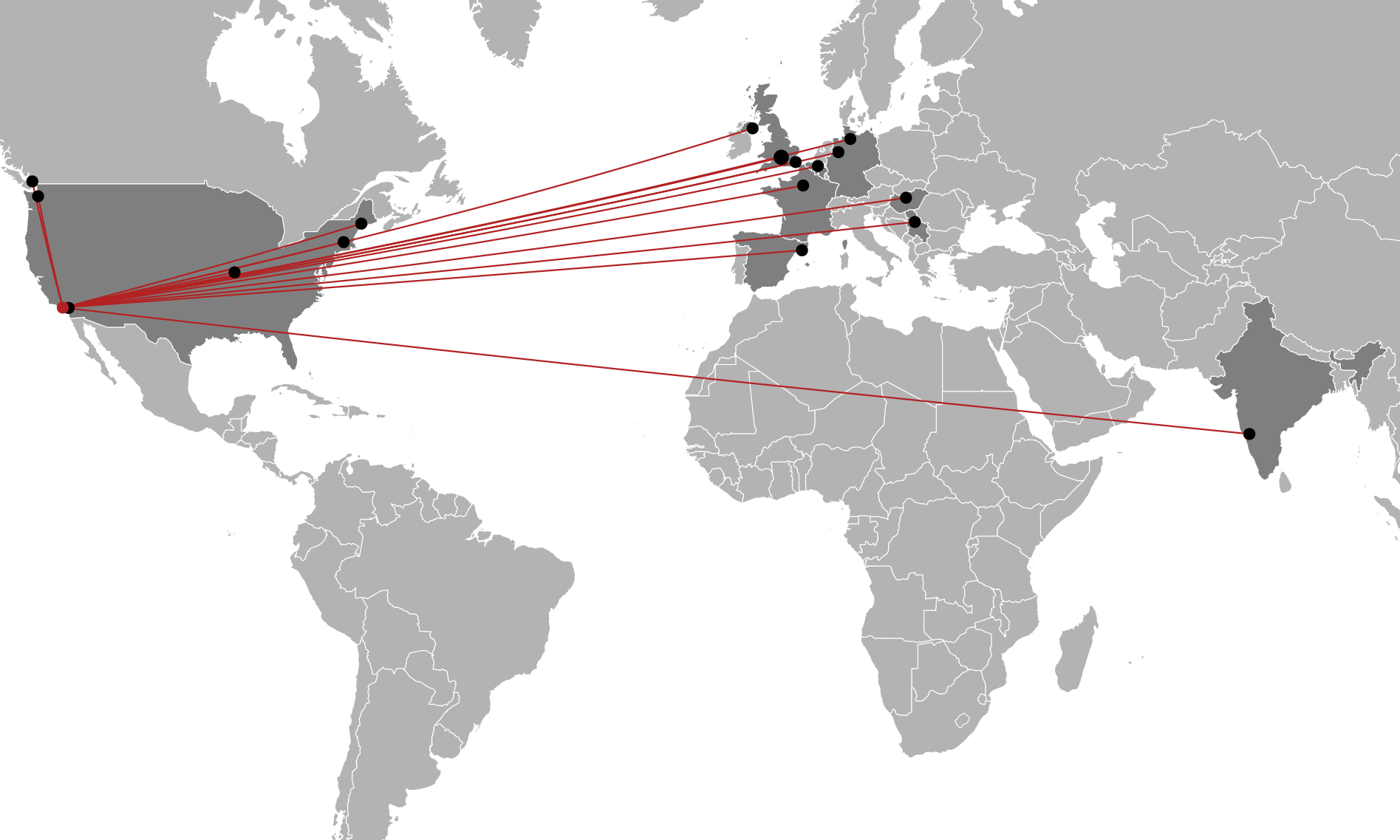 Network of my collaborators around the world

I use Bayesian data analysis (implemented in Stan) as a flexible and powerful approach to statistical inference. I have experience with multilevel, multivariate, logistic and ordinal regression, item response, and missing data models—as well as various combinations of these approaches. I use cross-validation and stacking to compare and combine model predictions.

Prior, likelihood, and posterior distributions for parameter p (the probability of heads) after observing k = 6 heads in n = 10 coin flips

I use multilevel models to solve a broad range of data analysis challenges—including nested data, longitudinal data, and multiple comparison problems. I taught multilevel modeling to graduate students at University of Oxford. 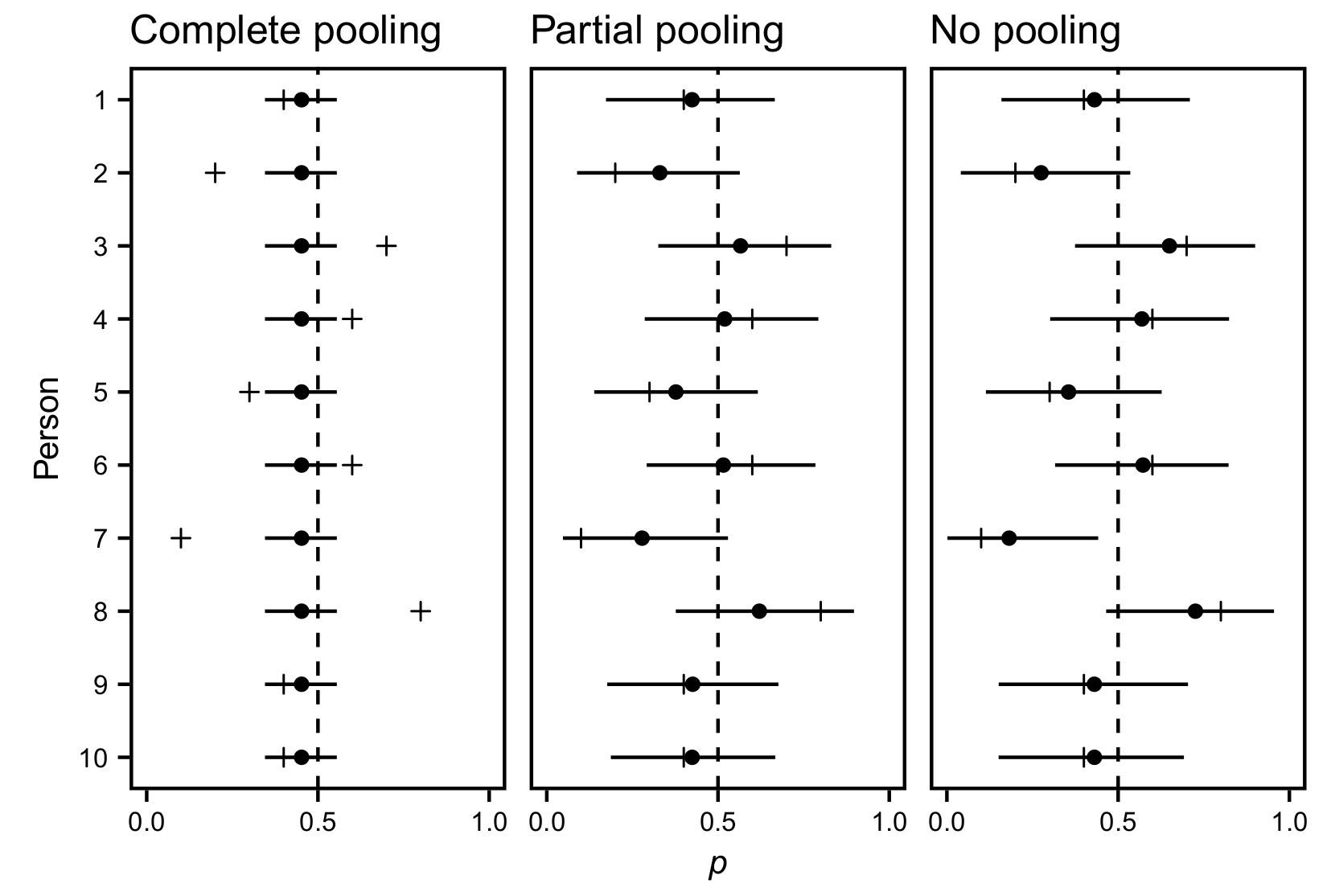 I use structural equation models (lavaan, Mplus) for scale development and to analyse longitudinal surveys. I have experience with cross-lagged panel models, latent growth models, and with more recent approaches to modeling longitudinal data.

I use ggplot2 as a flexible approach to data visualization. I have experience with a broad range of visualizations, including maps, networks, and flow diagrams. I taught data visualisation to graduate students at University of Oxford. 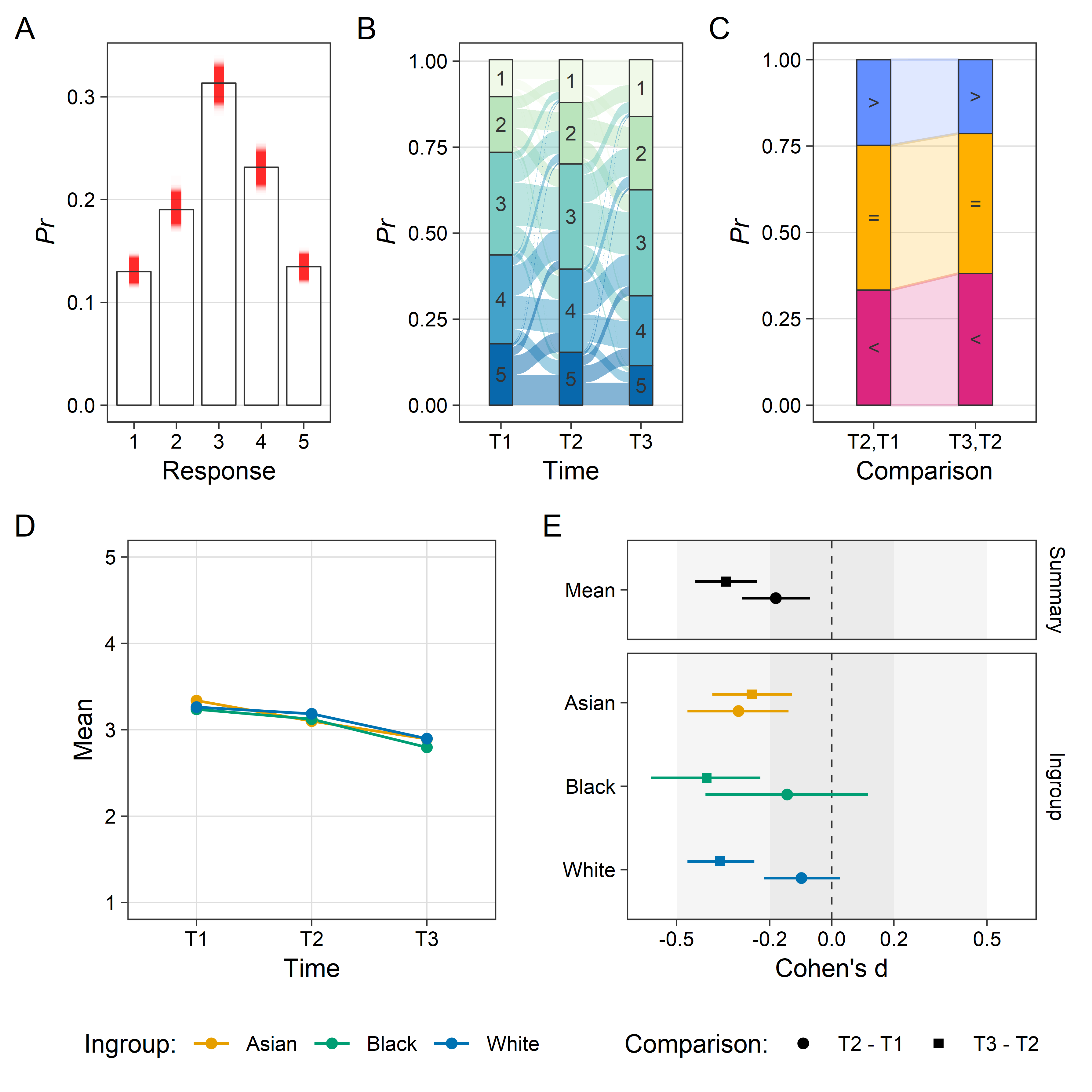 Example of a data visualization from a recent paper

Together with my (former) graduate student, I adapted a longitudinal social network analysis method to disentangle contact effects (having friends from one’s own and other groups) and socialization effects (being influenced by one’s friends’ attitudes) while controlling for selection processes (Bracegirdle, Reimer, et al., 2021). 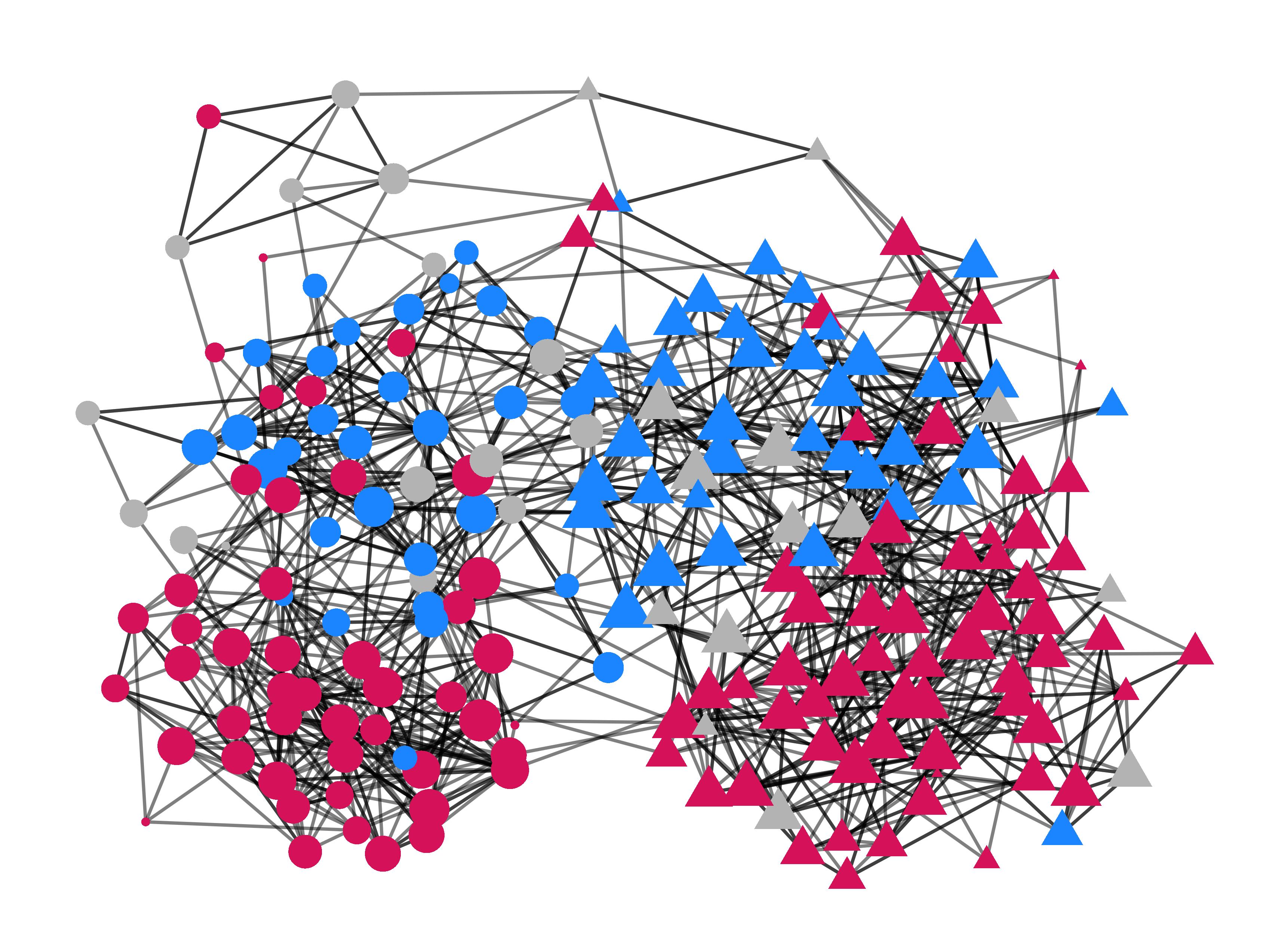 I built this website with Hugo, Blogdown, and Minimo.